Technology and business today are moving at such a rapid pace that even if you build an amazing business, it’s not enough just to stand put. Do that and you risk a hundred other businesses taking away your market share and destroying what you worked so hard to create. Like a shark, your business has to keep moving if it’s going to stay relevant.

Of course, that’s a lot easier to say than to do, and what innovation means for one company isn’t likely to be the same for another. There are, however, trends in innovation, so if you’re looking to keep your company in the mix or even bound ahead of your competitors, it’s important to know and understand these trends.

Mimic. Most of the time when people think of companies mimicking other companies, it’s in a negative context. Someone invents something amazing and a dozen other companies quickly come up with a similar product (or even a knock-off) in order to eat into their market share. But if your business is in danger because a niche product is taking sales from you, sometimes the best way to combat this is by introducing something similar and giving consumers a choice. Sure, some will still choose your competitor, but the hope is that enough will like your product better to keep them coming back to you.

Help people find you. One of the biggest issues faced by businesses today is how to reach people. Though enough people still pay attention to advertising in print, TV, and radio that it’s hard to abandon them completely, it’s not enough to stick to these traditional mediums. Even having a website or social accounts may not be enough. You need to ensure that potential customers can find you with their mobile devices as well, and they may mean creating a separate site or an app. It’s not a waste, either – studies have shown that more than 90 percent of people will simply go to a competitor if they don’t find your business first.

Look for holes (or tie things together). The traditional advice for “innovating” has been to look for a need that isn’t being met and exploit it. Essentially, to figure out what people would really like to have but may not even know they want until you ask them. Sounds easy, right? Not so much. Today’s companies seem to be finding an interesting alternative, though, that fits right in with our increasingly-connected world: tie products together to create interesting new functionality. Nike and Adidas now have shoes that help you keep track of your workouts and listen to music. It used to take two or even three separate products to do that!

Involve the crowd. This isn’t the first and surely won’t be the last place where someone exhorts you to embrace crowdsourcing to find brilliant new ideas, but there’s a good reason for all the attention. The simple, obvious truth is that ideas can only come from one place: people. The more people you have suggesting new paths and products, the more likely you are to finally find a brilliant idea that you can use and exploit. And the best part is that crowdsourcing is fairly easy to do and regulate. Simply writing up a quick set of guidelines on your site and setting up an email account to handle submissions can be surprisingly effective. 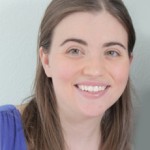 About the Author: Juliana Weiss-Roessler runs Weiss-Roessler Writing with her husband Josh. Together, they offer press releases, blogging, website copy, and other writing services to small and mid-sized businesses. She often covers marketing and innovation trends for Cloverleaf. Her writing has been featured on high-traffic websites, such as Yahoo.com, and in major publications, such as PARADE and People. Along with her husband, Juliana lives in Austin, TX, with their two tiny-but-rambunctious dogs and one tiny-but-rambunctious baby boy. Connect with her on Twitter, Google+, and Facebook.