According to Tech248, Oakland County is the place to be for tech jobs with 2,000 tech firms and 42,000 tech jobs. Tech248’s goal is to help entrepreneurs connect with the other techies and businesses in Oakland County at their monthly gatherings. 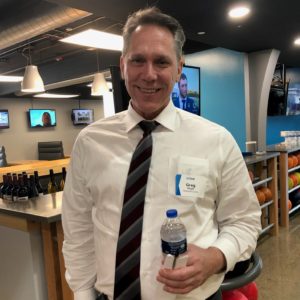 Supervisor of Oakland County One Stop Shop Business Center Gregory Doyle said that they’re close to having 1,500 members in the Tech248 network. Each meetup attracts approximately 70 to 110 visitors. Approximately 50 percent are repeat attendees and the other 50 percent are newcomers.

“We’re getting a lot of really great feedback from attendees that are coming here and getting exactly what they’re expecting,” Doyle said.

The program began about three years ago. Each monthly event is two hours long and focuses primarily on networking. The featured tech-oriented firm for each event delivers a short presentation and the rest of the time allotted is used for networking.

“If you have a small business, give Tech248 a try,” Doyle said. “There’s really nothing to lose. Meetups are free. Joining the network is free.” 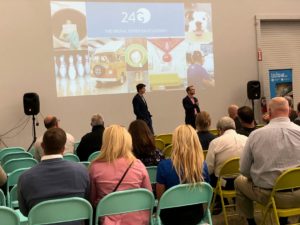 24G is a digital marketing training communications agency in Troy. Founder and CEO Scott Wiemels said that the company was started a little over ten years ago in Royal Oak in his basement, and later moved to Clawson and then Troy.

“When we started it, we were all working for different agencies and what we saw was that there was a need for digital to be done better,” Wiemels said.

Over time, the company grew to be the size it is today with about 85 employees. Their new headquarters is a bowling alley turned into an office space. They kept the bowling lanes and snack bar which makes for a fun and unique place for social gatherings.

Wiemels said that 24G is a bootstrap organization that has been self-funded from the very start. The company is currently working on an event series that will be held quarterly which will feature an educational session from select tech influencers.

Tech248 was developed for networking, information sharing and getting to know the community. 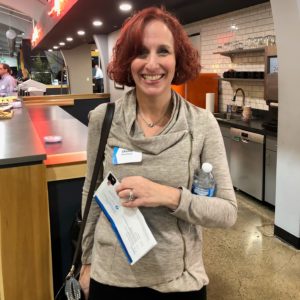 Attendee Sheila Denstaedt of Troy Chamber of Commerce tries to make it to the monthly Tech248 socials whenever she can. She said that the more she can find out about what’s going on in the area is beneficial to her because she can pass it along to her membership.

“You’re bound to leave with a nugget of information no matter what you do or who you are,” Denstaedt said.

Another attendee was Barry Walton, founder of Endless Media in the Detroit area, a company focused on providing brand storytelling for their clients.

“I left the agency world about nine months ago to get in front of the movement of brands and their interests to tell their stories on social,” Walton said. “I’m a firm believer in the idea that we’re moving into a new age of social content in the way that we’ll tell stories.”

Walton said he’s attended a handful of Tech248 events. He said the event is a useful networking platform, but that he’s mostly concerned with the content you can gather from the presentations.

“I’m interested to see what these guys have to present with regard to the AI space,” Walton said. 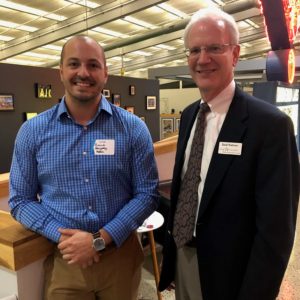 “Ricardo and I come to events like this because it enables us to get the word out about the various programs the state has available for companies to increase their business or for companies looking for assistance,” Newhouse said.

MEDC has a group called Planet M which involves Michigan mobility organizations partnering to implement emerging mobility technologies. Planet M hosts a number of events throughout the year in Detroit.

They will be a sponsor for Detroit Moves taking place on October 10th and 11th. The free outdoor festival will showcase mobility companies who would like to teach the public about new transportation technologies, which can also help in gaining brand awareness for those companies.