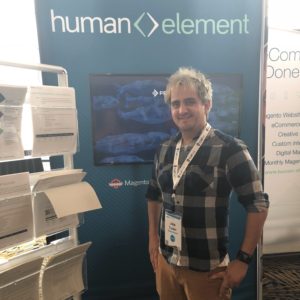 More and more tech entrepreneurs have been headed to Ann Arbor, MI, where there is a great deal of startup talent, fairly low costs of living and a welcoming college town atmosphere. Human Element, founded in the early 2000’s, is headquartered on Detroit Street, right down the street from Zingerman’s deli, in Ann Arbor. The tech-based company was a sponsor at this year’s Digital Summit Detroit.

Human Element works with a variety of eCommerce businesses as a Magento Developer and manages work on client branding, SEO and more. The company is made up of about 40 employees and has clients all over the U.S. but takes pride in their ties to Michigan.

“We always have this little nostalgia for the Michigan companies that want to team up,” said John Tucker, Marketing Strategist for Human Element.

Last year, the company decided to launch their own show called Next Conference which features speakers in the tech industry and is an overall networking platform for tech junkies. Now, each year, they invite friends and business partners of Human Element to attend the conference. The 2nd annual Next Conference was a success this year, held on September 11th at the Scarab Club in Detroit.

“Every single discussion or every single presentation turns into a roundtable, and everyone is encouraged to ask questions and have conversations,” Tucker said. “It’s a lot of fun.”

Clients and partners of Human Element can look forward to the Next Conference again in September 2019. Human Element also hosts the free eCommerce Ann Arbor Meetup a few times a year, which is focused on sharing knowledge on the latest technology tools and trends. 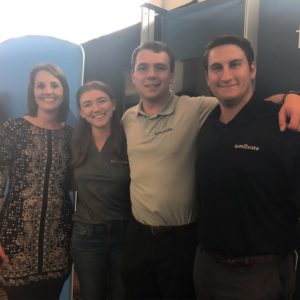 The tech industry in Indiana has also been steadily growing. Lumavate, based in Carmel, IN is one startup to look out for in the Midwest. Founded just three years ago in 2015, the company has already made a name for itself in the tech world.

Lumavate is primarily focused on taking care of all the grunt work when it comes to building Progressive Web Apps (PWAs) or cloud-based mobile apps for their clients.

“Really what we enable brands to do is to create not just one mobile experience, but multiple mobile experiences that are tied to different moments in the customer journey, so they’re always providing highly relevant and personalized content to their consumers,” said VP of Marketing for Lumavate, Stephanie Cox.

Cox said that the team at Lumavate is made up of several enterprise SaaS veterans. She and three other team members attended Digital Summit Detroit this year.

She said that mobile is the only channel that matters anymore because we do everything from our phones and we’re spending over three hours a day on them.

“I think one of the things that’s really important for us is really challenging how marketers think about mobile,” Cox said. “Part of what has been happening over the last three to five years is we’ve been advancing mobile as the phone advances, and we’ve never took a step back and said, ‘Is this how we should do it?’”

Cox said that PWAs allow us to think differently about mobile and ask a few fundamental questions: Will our mobile strategy be the right plan of action? Could doing it differently produce higher adoption and engagement rates? She said that when she has seen brands work with Lumavate and ask those questions, they end up with outstanding results.

Lumavate was also a sponsor of Digital Summit Detroit this year. 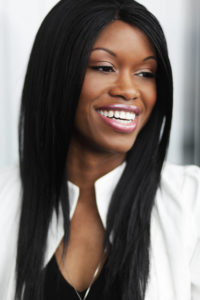 SMAMI is a Detroit-based startup and was an attendee and sponsor of Digital Summit Detroit 2018. The statewide non-profit organization’s goal is to promote the use of social media and provide educational resources for corporations to tap into.

“Our focus is to help our community achieve success in their social media activations,” said Sola Obayan, founder of SMAMI. “When we were founded five years ago, the ecosystem was very different: a lot of discomfort with dipping toes into the social media sea, especially for local corporations.”

SMAMI members consist of client-side entrepreneurs, students, marketers, HR leads and personal brands who are looking to succeed in their social media operations. The organization hosts monthly Lunch & Learns in Detroit on various topics. They also host a variety of social events and two conferences every year. 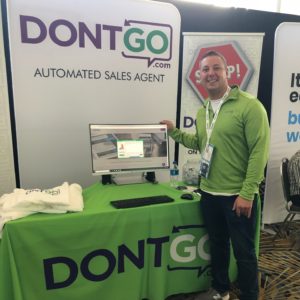 DontGo was another attendee and sponsor of this year’s Summit. DontGo was created as an automated sales agent for websites to prevent abandonment website traffic. The company is based in Troy, MI and has a global client base.

About three years ago, founder of 1-800-HANSONS, Brian Elias, tried using the automated bot on his website and got phenomenal results. He bought the company and had the name changed from Please Don’t Go to DontGo.

Elias was a designated speaker at Digital Summit Detroit on Thursday. He gave his speech on the process of turning individuals who browse a website into potential leads or buyers.

“Brian doesn’t care about clicks,” said Justin Smith, Sales Executive for DontGo. “Brian cares about converting those potential customers into clients, so he’s going to be talking about some strategies that have done really well on his Hansons website that now we’re doing at DontGo.”

Other prominent businesses based in the Midwest that attended Digital Summit Detroit include Americaneagle.com, Rehmann and BNP Media. BNP Media, based in Troy, has been coming to the Summit for several years.

“I’ve learned a lot, especially about the future and engagement and personalization, so I’m excited to apply that to what I do every day,” said Taylor Hill of BNP Media. 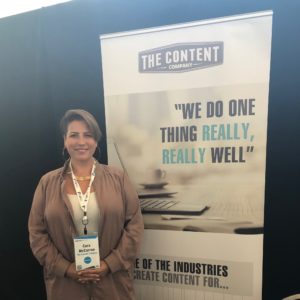 Other brands from out of state and even Canada made their way to Digital Summit Detroit, including The Content Company of Toronto. The Content Company has about 20 freelance writers and a global client base. The team provides website content, blog content, press releases and product descriptions to marketing agencies, SEO companies, inbound agencies and more.

“We don’t get credit for any of the pieces. They’re all ghost written, but there’s integrity behind it,” said Cara McCarron, CEO of The Content Company. “The other distinction is that every piece of the puzzle is done by a human.”

The Content Company is primarily focused on delivering high-quality content to their clients as opposed to companies who focus on creating higher quantities of lower grade pieces.

“It’s not just content. If we look at it as a broader spectrum, if you’re not writing good, compelling copy, you’ve lost an opportunity,” McCarron said. “That stuff actually can make a difference in one person’s life.”

The startup will soon celebrate its fifth year anniversary.

Speakers at the event include John Thies, CEO of Email On Acid in Colorado, Rob Lawson of Google, Garth O’Brien of GoDaddy, Cailin LaVallee of Waze and more. Audience members scribbled and typed notes as they took in the outpouring of information.

Keynote Speakers Chelsea Handler and Scott Dikkers had the audience laughing in tears during their speeches. Dikkers, founder of The Onion, told his story on building a brand, which happened to sum up the Summit perfectly.

“And that’s all it is,” Dikkers said. “It’s living the most outrageous version of yourself that you can and living your mission and creating all the success that you can.”

Closing Keynote, Andrew Malcolm of Evernote, wrapped up the Summit with his speech on growth hacking, and now begins the anticipation for next year’s event.