ShoutOut, an Isla Vista based mobile startup, has secured $20,000 in cash and over $150,000 in services from The Brandery – a prominent seed fund that is widely known as one of the top 10 startup accelerators in the nation.

With this investment, ShoutOut will shift its headquarters to Cincinnati to continue on with their mission to revolutionize the way people communicate through their mobile devices. ShoutOut will utilize these funds to launch an innovative communication application that allows users to network and connect with other users who are in their immediate vicinity. 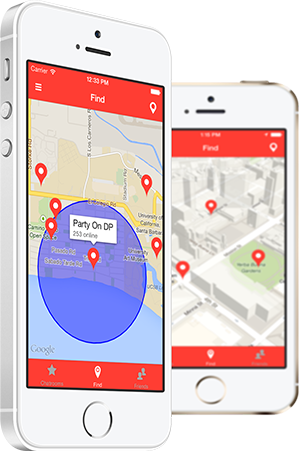 “I’m honored to be working alongside the Brandery and its long list of mentors. The real-life experience that the Brandery brings to the table will be critical in the expansion of ShoutOut.” says Erwan Lent, Co-Founder and Lead Developer of ShoutOut. “Our goal is to continue to break down barriers that prevent people from interacting and networking with one another. We want to create a mobile experience that allows our users to interact with their environment in a whole new way,” adds Joel Green, Lead Programmer and Co-Founder of ShoutOut.

The ShoutOut team will launch a full version of their groundbreaking messaging application later this Summer. When released, ShoutOut will allow users to connect with other users in their environment through location-based mobile chatrooms. These chatrooms can be accessed when a user enters the physical bounds of the chatroom that can range anywhere from a few hundred feet to over half a mile. This technology will allow users to chat seamlessly through their mobile devices in settings that can range from a packed university library, to a crowded subway station, to a simple downtown coffee-shop.

About ShoutOut
ShoutOut is a mobile application that will be released across all mobile platforms in the Summer of 2014. ShoutOut was founded by a tag-team of versatile developers who have launched countless applications and are committed to changing the mobile communication landscape. ShoutOut has offices in Santa Barbara and Cincinnati and is backed by The Brandery. www.getshoutout.me

About The Brandery
The Brandery is a seed stage startup accelerator ranked as one of the top programs in the United States.