Hail to the Victors! Ann-Arbor based startup scores big with newest product! The Ann-Arbor based Pinoccio is a startup company that recently released its most innovative and cutting edge product to date.

This new device – also called the Pinoccio – doubles as both hardware and software. It’s built together to create a web-enabled DIY that’s user-friendly. As a wireless, web-ready microcontroller, the Pinoccio offers WiFi, LiPo battery and built-in radio. It’s also an API, creating an online home and personal URL for each board. 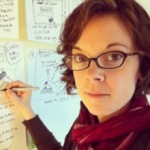 The Pinoccio is a pocket-sized, technological powerhouse, and “a complete ecosystem for the Internet of Things.” And there’s good news for those who own either of the the Pinoccio’s predecessors, Arduino Mega and Arduino One: the Arduino software and code are highly compatible with the newest release.

Pinoccio, the company, was co-founded by Eric Jennings (Technology) and Sally Carson (Design) in the fall of 2012 after their prototypes sparked interest at the Open Source Hardware Summit in New York City. Eric, whose background is in writing software, is located in Reno, Nevada while Sally, a User Experience Designer, recently uprooted from San Francisco, California to become a Michigander. But the many happily satisfied Pinoccio users hail from all over the world.

So, why go gaga over this new gadget? The Pinoccio is first and foremost a problem solver for existing DIY platforms with plaguing issues, such as maintaining a battery charge, talking to the web or sending and receiving data. 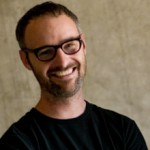 Pinoccio and its co-founders are running a campaign in order to raise money for the impending production costs. This extremely successful effort has recently reached and slightly surpassed its fundraising goal of $60,000. The donation period will end on Thursday February 14th, so to contribute to their cause or simply learn more about Pinoccio, the company and the product, visit http://www.indiegogo.com/pinoccio