Detroit’s Madison Building Gets a Makeover

The recently renovated Madison Building in Detroit looks to put the city on the map – of the start-up world, that is.

Dan Gilbert, chairman of Rock Ventures and Quicken Loans, teamed up with Detroit Venture Partners, and dropped $12 million to give the structure a much-needed face-lift. And they really mean business: They’ve even teched-out the name.

This historic erection, now known as “The M@dison,” has morphed into the most sought-after place to spend the daily nine to five in Detroit. The dolled-up digs, which ooze contemporary vibes, have attracted some of the hottest established and upcoming companies around. 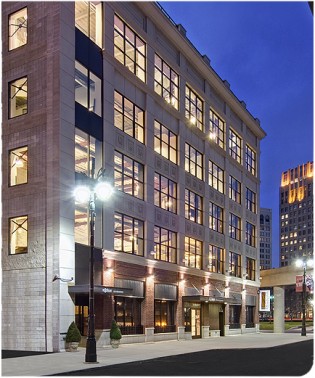 Everyone from the San Francisco based Twitter and local successes like TextsFromLastNight, to Rapt.fm, a website that connects people from across the globe to offer real-time rap battles, have made a stake in the real estate. Currently, more than 30 companies are creating and innovating within the walls of The M@dison.

Jim Xiao, an analyst for Detroit Venture Partners and head of community development for The M@dison, said that they were fully occupied by spring of last year. He commented on the new influx of residents that his company invests in, and the potential of the space.

“I think a building can only do so much. It’s great to have a world class building but more importantly we need to pack it with smart people,” Xiao said. “And we’re able to show that if it can happen in Detroit in one building, why shouldn’t it happen in the next? And why can’t it happen all over the block?” So I think with that hope and with that optimism, we’ll be able to attract smart people not just around this area but also nationwide.”

A hub of creativity and evolving entrepreneurship in a city long plagued by economic strife might just be the key to bumping it back to the powerhouse it once was at the height of the automotive industry. Times have changed, and businesses must too. Luckily, that looks like the case for Detroit. 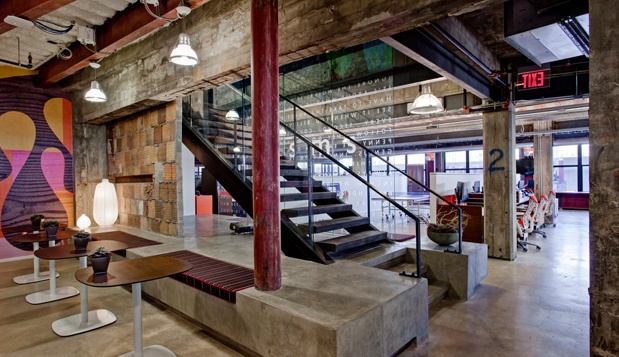 The M@dison is just one of fifteen buildings purchased by Gilbert’s Rock Ventures in the past year, which adds up to more than 2.6 million square feet of commercial space, second only to General Motors.

The most recent buy, Detroit’s Historic Federal Reserve Building, neighbors the Compuware Building and Chase Tower – home to Quicken Loans’ headquarters – and lies just down the block from the Dime building, which Gilbert closed on in August. Rock Ventures has also put in an offer for controlling interest of Greektown Casino, currently pending Michigan Gaming Board approval.

This mammoth flood of time, money and effort is the stepping-stone Detroit needs to grow into the thriving city it once was.