Countdown to Major Kickstarter Funding for Ohio Based Grypshon

Organize and Revolutionize how you Work with Tools

Ohio based Grypshon’s founder Tom Burden has a military background, a Midwestern work ethic and a vision. He set out to solve a simple problem, tools that slide off the side of fighter jets when mechanics are working on them. His inspiration? “I was riding in my mom’s car and she had a sticky mat for holding her cell phone.” Tom’s light bulb moment developed into a grant funded prototype, trade show product launch and orders from distributors to NASA. His company now has a few part-time employees, is bringing in revenue and is closing in on a $100k Kickstarter campaign for product expansion. 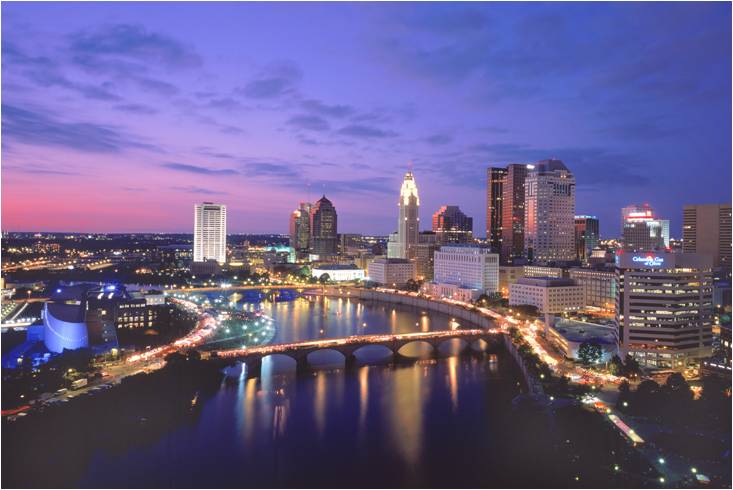 The Kickstarter campaign ends this week, so he’s getting the word out now. “We would recommend Kickstarter, it’s rare to get over $100k in funding, but we’re closing in on it. It takes a lot of work to put together the content, but we can use the  videos and collateral for years.” Contributors have their choice of Grypmat in exchange for their donation. The funds will be used to create the new sizes, which all came from feedback from the marketplace.

The Grypmat – a high performance, non-magnetic, non slip, chemical resistant, anti-static rubber tool mat keeping tools and hardware in place, no matter where you need to put them. Thanks to the Grypmat, tool users can focus on their work without having to worry about runaway screws or misplaced hardware.

Due to its unique polymer-silicone blend,the Grypmat’s insane grip can hold tools at extreme angles (up to 70 degrees) on a variety of work surfaces, making it the ultimate companion for working on engines, cars, and planes  – simply anywhere tools are used. The Grypmat is resistant to all types of chemicals, and if it gets gunked up with grease, dust or any dirt, wiping it with a damp cloth will make it as good as new. Grypmat’s versatility and ease of use makes it an essential tool for trade professionals, mechanics, tinkerers, gadget junkies and DIYers alike. With Grypmat, users can get the job done without ever having to chase a runaway screw again.

To suit a wide range of needs, the bright orange Grypmat is available in three sizes: large, medium and small. The small Grypmat consists of six compartments that keep hardware organised and within an arm’s reach. The medium is designed to help keep hand tools together in close proximity, and the large Grypmat is designed for more advanced jobs with larger tools.

“Working as a mechanic in the United States Air Force, I grew increasingly tired of not having my tools within easy reach when working on top of the aircraft – tool loss and missing hardware was a constant problem, and I nearly fell off the plane chasing a sliding tool! I invented the Grypmat to prevent these issues, and to make it truly easy to keep tools and hardware within comfortable reach – so you can just focus on the work in front of you,” says Burden.

The product is manufactured overseas but the product design, sales and marketing teams are based in Columbus, Ohio. With global demand for the product, Tom says focusing on growing white collar jobs in Ohio is his focus. “We have orders coming in from all over the world and now have distribution partnerships in place in several countries in order to meet the demand. Because Columbus has an affordable white collar workforce, we’ve decided to base our operation here. ” Burden says his company is growing so quickly he is currently not seeking outside investment aside from the Kickstarter campaign.

His advice to other Midwest startup founders is to focus on creating a good product or solving a problem and not to get caught up in where you’re based. “People are realizing that the cost of living is just cheaper here. It’s 2017, you can be based anywhere. At the end of the day, it’s about the people and the team, not the location and I think investors are starting to realize that.”

Grypshon Industries was founded in 2013 by Tom Burden, an F-16 mechanic in the United States Air Force. In late 2013, Burden showcased the Grypmat to the judges at the Toledo Startup Weekend and won first prize. Having spent over two years prototyping and testing, the Grypmat has received exceptionally positive feedback from mechanics and tool users – and is now ready for large scale production.