The Detroit ACM SIGGRAPH chapter organized the CG Artists Meetup that took place at Dassault Systèmes – 3DEXCITE in Royal Oak on Wednesday. Computer graphics (CG) artists and animators networked and some even presented their work at the event. Non-artists also came to show their interest and support.

Get To Know The Artists

Wolfgang wears a lot of different hats at his job. He’s a general manager, retoucher, illustrator, and he also does work in creative visualization, 3D and KeyShot. He got the job through one of his professors at The College for Creative Studies (CCS) of Detroit in the 90’s. He’s been working for the same employer ever since.

Wolfgang said that he has attended these meetups previously and that it’s exciting to meet people who are open to talking about their creative work. 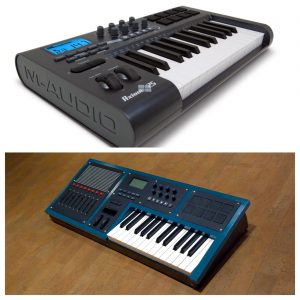 Artist Greg Good also attended the meetup. Good currently works as a programmer, but he has always had an interest in graphic design. He started doing graphic design and printing in the 80’s. He went to college for printing then worked at a printing company for over 30 years.

Now he is getting his feet wet with designing for manufacturing. He started learning Autodesk Fusion 360, a 3D CAD, CAM and CAE program with capabilities to export to flat files to do water jet cutting and laser jet cutting.

Dawn McArdle visited the meetup to network and potentially find a job. McArdle has done animation and rendering for more than 20 years. As an industry expert in VRED software, her focus is mainly on automotive design.

Another visitor at this year’s event was Mark Willis of Niles, MI. Willis has been a member of the Detroit ACM SIGGRAPH for about a decade.

Willis does compositing and worked on the film “Trespass” with Nicole Kidman and Nicolas Cage which was released in 2011. He currently enjoys designing with ZBrush and recreating trailer shots. 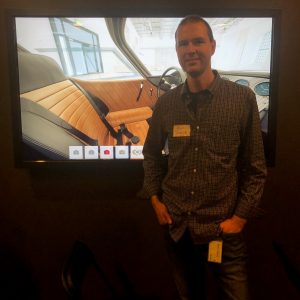 Marc Stanyk of 3DEXCITE gave a presentation on compositing color using NUKE, a compositing app. 3DEXCITE does compositing for GM and the final product is usually used on GM’s website.

“Detroit is all about art and music and there’s so much talent here,” Stanyk said.

Presentations at the meetup help with sharing of information about computer graphics with other individuals who are just starting out or interested in learning more.

“I had other artists when I was in school spread their knowledge to me and help me out,” Stanyk said. “This is a way for me, during my professional career, to spread knowledge to other people and bring people into 3DEXCITE.”

Randy Rockafellow, Treasurer of the ACM SIGGRAPH Detroit chapter and organizer of the CG Artists Meetup, also gave a presentation at the event.

Rockafellow said that the meetup is a place where artists can pitch their ideas. The event has led to several individuals receiving jobs.

“The best thing that can happen is that professionals meet and talk to others and see cool skills on display that might lead to opportunities,” Rockafellow said.