About the Women of Influence Award Ceremony

Attention women in the Chicago tech field: You might want to check out Chicago Business Journal’s fourth annual Women of Influence celebration taking place on Wednesday August 8th at the Fairmont Millennium Park hotel. The event includes a luncheon and a panel discussion, and will honor a handful of businesswomen and their accomplishments.

More than 100 women whose business efforts impact Chicago economy were initially nominated. Out of those 100 nominees, a panel of judges chose 37 honorees to be celebrated at the Women of Influence event. The celebration welcomes curious and work-oriented individuals who are interested in networking with the business savvy women.

Kitty Ratcliffe, President of Explore St. Louis, is set to be the moderator of the panel discussion. The other panelists include co-founder of GrowthPlay Amy Dordek Dolinsky; Vice President, Marketing Partnerships of Chicago Sky, Watchen Nyanue; and last but not least, founder and CEO of McCann Partners, Megan McCann.

McCann Partners is an IT recruitment firm that was founded in 2011 whose mission is to provide companies with the IT services and talent they need. The company’s portfolio of clients includes several global companies and Chicago startups. The team consists of both IT and recruitment professionals with the combined skills to provide their clients with the best IT talent for their situation. The company will be celebrating its anniversary within the next few weeks.

Megan McCann is a Chicago resident and has also been an active member of i.c. stars for over a decade, and she became a board member several years ago. The organization is a Chicago-area workforce development training program for low-income adults to evolve into leadership roles in technology.

Women in The Tech Industry 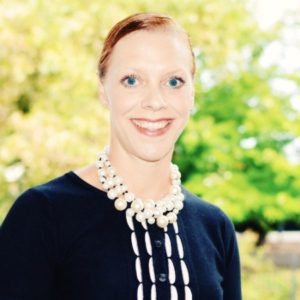 McCann is not only a big name in the tech community, but she’s also a strong advocate for advancing women in their careers. She is a co-founder of the national organization ARA whose mission is to advance women in technology through mentorship and other programs. She became actively involved in promoting women and co-founding ARA even before the Me Too and Time’s Up movements because she thought it was the right thing to do.

She said that while working at McCann Partners in the recruitment stage, a lot of her time is spent speaking with direct hiring managers in technology and other employers who are looking to hire.

“I spend a lot of time talking about the importance of diversity and how building more diverse teams can make for more productive, profitable organizations. There’s no shortage of literature out there on the topic,” McCann said.

Here’s a common statistic you may or may not have heard: Women make up about 24% of the computer driven tech field. Some colleges, though, are seeing more women than men graduate with computer-science degrees. Even though a great number of people believe that work teams that are made up of a group of diverse individuals are the best at problem solving, technology is still a male-dominated industry.

“My commitment for the next generation is to try to change that,” McCann said.

She said that she has been very fortunate in her career with the mentors she’s had, and that not everyone has been able to receive mentorship like she has. She encourages women to seek out mentorship when trying to advance in the tech world, whether it be a peer mentor, male or female. A big portion of what she does is help promote the advancement of women into leadership roles.

“Part of it is just being a woman and wanting to make certain that there is equal opportunity for other women,” McCann said. “I want to make it better for them and I think the way that I can do that is to try to create awareness around this topic.”

McCann said that she would encourage any woman seeking a career in technology to go for it.

“It’s a growing, robust field. I would encourage them to seek out organizations and other women who have been trailblazing in the industry so that they can learn from them, whether through formal mentorship or even just hearing them speak and sharing their stories.”

McCann was a winner of the 2018 Enterprising Women of the Year Awards in the “over $1 million and up to $2 million in annual revenues” category… Soon, she will be honored at Chicago Business Journal’s Women of Influence event along with several other inspirational businesswomen.

She said that she is humbled and honored to be recognized.

“I think it’s wonderful to have someone recognize you and kind of give a nod to the work that you’re doing. I’m so passionate about the work that I’m doing every day, both through McCann Partners and through the other organizations of which I’m involved,” McCann said. “I know a couple of other women on the list, and it’s really lovely to see them being honored and recognized, as well.”

See the full list of Women of Influence honorees.